Back to all posts

AVAILABLE NOW : AS ABOVE, SO BELOW FROM TYLER CANTRELL

RELEASES ACOUSTIC EP, "AS ABOVE, SO BELOW"

Tyler Cantrell is a solo artist from Philadelphia, Pennsylvania, with musical styles ranging from hard rock to progressive metal to acoustic rock.

Influenced by the likes of Zakk Wylde, James Hetfield, Kirk Hammett, Steve Vai and Yngwie Malmsteen, Tyler Cantrell picked up the guitar when he was 10 years old and has been the lead guitarist for the metal band Haxon since 2016.

As a precursor to his full-length release, the "As Above, so Below" EP sees the guitarist expanding his metal influences to incorporate sections of acoustic rock, hard rock and progressive rock elements.

Elements that will remain present in Tyler's full length solo album, which is due to be released later in 2020 via Machine Man Records.

"As Above, so Below" is now available on all digital media platforms and can be purchased / streamed on Bandcamp, Spotify, iTunes, Amazon, Google Play and YouTube / YouTube. 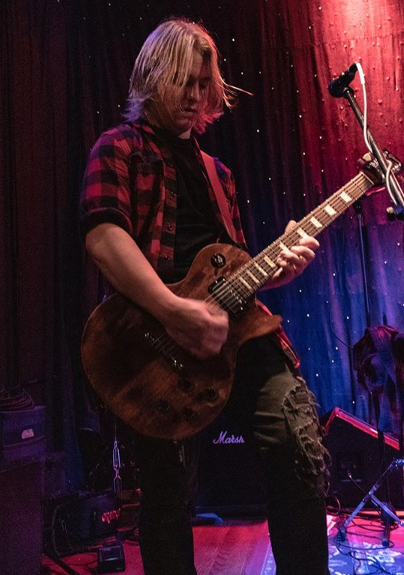